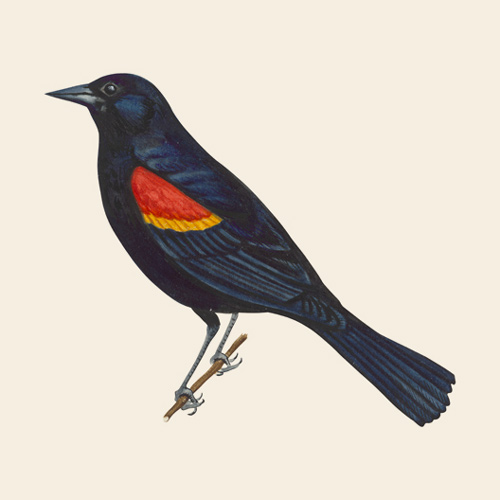 During 2016 and 2017, our beloved 25 year old TRUSTING WILDNESS chart and its accompanying “rewilding through trust” philosophy tried to find a permanent home at “science-based” Wildlands Network. We hoped this merger would bring their continental-scale conservation into a tragically over domesticated Corn Belt where the mantra of Reconnect-Restore-Rewild could help us create a wilder, more beautiful, more biologically diverse, and a more enduring Mississippi River Watershed. But that was not to be. So, out of our subsequent disappointment/confusion came the BeWildReWild movement and a regional vision for BIG RIVER CONNECTIVITY across 32 states. We are not anti-science. It is not a failure to recognize and appreciate the value of knowledge that differentiates us from many, but rather an even greater respect for what humans do not know…and can never know. We believe that wildness will forever be unfamiliar and unpredictable. We are confidant that with limited restoration followed by an eternity of trust, a process which is not to be understood by humans will take place in Iowa and throughout the world’s fourth largest watershed. We celebrate this great mystery of wildness and the incredible abundance that flows from it.

Blog Announcement: This will live on Wildlands Network’s Homepage that will link to Trusting Wildness Blog once the website is launched. In the meantime, the blog below will appear on our Wildlandsnetwork.org website. 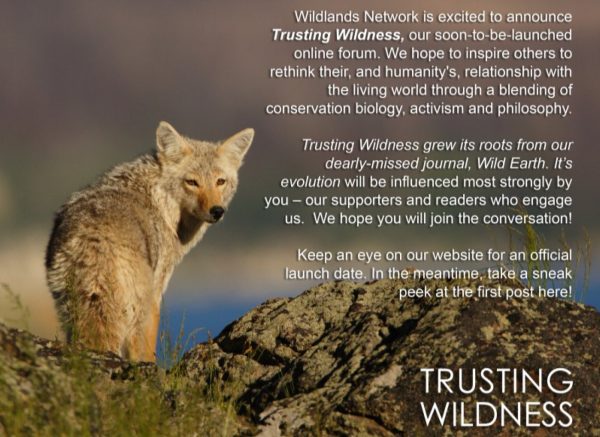 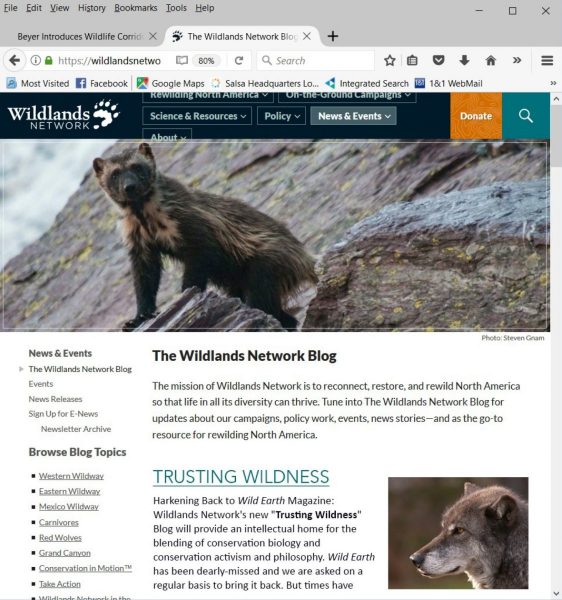 Continued from blog above:

……But times have changed; print periodicals are challenged financially and by the pace of everyday life. But the intellectual touchstone provided by Wild Earth is missed; it’s niche remains unfilled.

Our 2016 anniversary publication, For the Wild, was designed and published to emulate Wild Earth magazine and our “deep ecology” roots as a reminder of the philosophies that keep us true. It’s publication only exacerbated the longing for a regular examination of the hard, hard conservation challenges that we face. Today we are very excited to announce that we are committed to the task of one again providing a space for examination of the conservation issues of our time. We seek nothing less than to inspire others to rethink their, and humanity’s relationship with the living world.

In the coming months we will launch what we hope will become, in time, a leading online forum of conservation thought, centered on rewilding and wildness in the 21st Century. Like life itself, our beginnings will be modest, mixing classic pieces from Wild Earth and other sources mixed with new original content from our staff, invited contributors and other friends. The evolution of Trusting Wildness will be influenced most strongly by you – our supporters and readers who choose to engage.

In the very first Wild Earth issue, Dr. Reed Noss, one of the leading conservation biologists of our time told us that if we protect around 40-60% percent of the earth’s surface—land and water—we can save biodiversity, essentially saving 50% of Nature. More recently Dr. E. O. Wilson has picked up this mantra with his “Half Earth” campaign. Even this lofty “Half Earth” goal, however, scarcely considers the impacts of human consumption, such as soil depletion and the draining of aquifers, or the waste products that pollute our air, land, and water, and drive climate change. If we are to save ourselves, we need to start protecting “whole earth.”

It’s up to us, individually and collectively to redefine our relationship with Nature. We can no longer sit back

trusting governments to look out for our common welfare. Governments are too slow, corrupt, and self-serving to save us. A renewed relationship with nature that saves Nature, and humanity, can happen only if we succeed in creating and embracing new ways of thinking and acting in harmony with the Earth that sustains us. Now consider a number: 7.5 billion humans. How the hell do 7.5 billion individuals begin in live in harmony rather than in competition with the rest of life on earth. Where do we even start?

Wildlands Network is rooted in the teachings of Arne Naess and Deep Ecology that, at its roots, proclaim that all wildeors— “self willed” creatures, indeed creation itself—must be allowed to live and die by Nature rather than be subjugated to human will. A naïve, even quixotic perspective? Perhaps. Indeed this worldview is antithetical to the human- centered, consumptive practices dominating today’s “first” world nations. And for the billions of people in “third” world countries, who on a daily basis live their lives without sufficient food, water, shelter and safety, expecting them to put the needs of other life forms ahead of their very survival is a nonstarter. Paradoxically, often our best intentions to protect nature do more harm than good. Wildlands Network has long preached restoration, but do we even know enough to do this well and do those acts run afoul of the very nature of our roots of honoring the self-will of all creation?

As we try to “save” Nature through active management, do we not only ignore the self willed aspect of nature but ultimately make things worse? Our history of trying to fix Nature is rife with troubling results—for instance, introducing mongooses to Hawaii to eat rats escaped from the ships of whalers has lead to the eradication of almost all endemic, ground-nesting birds from those islands. Is wildness best realized by leaving Nature alone? What are the implications for worldwide efforts to restore damaged ecosystems?

Others in our community fight on a daily basis to maintain a status quo – preserve wilderness, embracing an inaccurate quote from essay “Walking” (Thoreau wrote that in wildness (not wilderness) is the preservation of the world. Is preserving a status quo an appropriate perspective for conservationists? For instance, should we support shooting barred owls, a habitat generalist, just to try to preserve the Northern Spotted Owl, a habitat specialist that is being pushed out as barred owls move into Pacific Northwest old-growth forests? And these “natural resource management” debates are the easy questions. What about the hard issues that directly impact our ability to save Nature yet we avoid talking about: war, population control, immigration, national defense, religious dogma, domestication of animals, eating meat?

Rigorous, contemplative thought will be essential to making radical shifts in our relationship with Nature and our actions on its behalf. Before we can advocate a new understanding of and relationship with wildness, we must grapple with what

this means for us, the self-appointed guardians of the wild. We must ask ourselves, are our deeds in keeping with our beliefs? If we lived our lives in ways that truly respected the inherent self-will of all living beings, how would our behaviors change and how would this change the world? What are the implications for our daily lives—our diets, how we travel, whether or not we choose to have children, the role of technology? Finally, if we as a conservation community were to succeed in “rewilding” our own hearts and minds, how would we scale up such rewilding to the masses of humanity?

These are the type of questions we intend to grapple with in Trusting Wildness, a monthly set of blogs mediated by Wildlands Network. Engaging, provocative thought-pieces from conservation luminaries, outdoor recreationists, Wildlands Network members, staff and Board, naturalists and beyond will be accepted. Our hope is to inspire people to rethink their relationship with Earth and all self-willed beings; to motivate individuals to take small steps that will make meaningful differences in rewilding North America; illuminate issues that no other organization in the conservation community is willing to talk about, and; start a wave of change that will build in amplitude until the Earth is rewilded.

Ultimately with Trusting Wildness, we envision a monthly set of blogs mediated by Wildlands Network. Engaging, provocative thought-pieces from conservation luminaries, outdoor recreationists, Wildlands Network members, staff and Board, naturalists and beyond will be accepted. Our hope is to inspire people to rethink their relationship with Earth and all self-willed beings; to motivate individuals to take small steps that will make meaningful differences in rewilding North America; illuminate issues that no other organization in the conservation community is willing to talk about, and; start a wave of change that will build in amplitude until the Earth is rewilded. 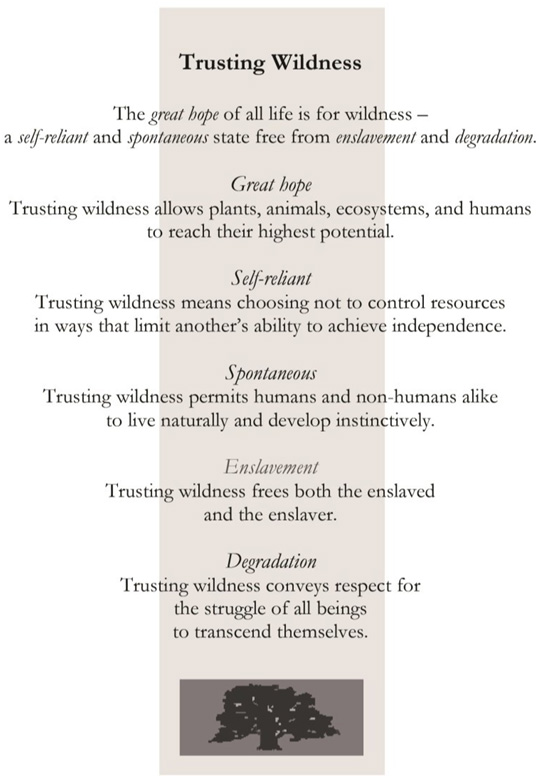