The killing corridors of our country’s roads 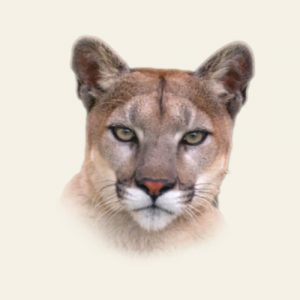 After a few thousand miles of riding, you begin to feel the animals’ pain.  They are visible nearly every mile of road, dismembered, crushed, fur and bones strewn about, carcasses in the margins – broken bodies who once had families and felt joy and pain, like we do.  We run over them by the billions.

In 2011, I was fortunate to serve Wildlands Network and The Rewilding Institute, as well as regional groups across the East, on a 7600-mile muscle-powered exploration of a proposed Eastern Wildway. from Florida to Quebec.  In 2013, I did likewise, over 5000 miles, exploring a proposed Western Wildway, from Sonora to British Columbia.  I hope someday to undertake a similar conservation trek through the Great Plains and Mississippi River watershed – Big River Connectivity country.  Whether or no I do this third great trek, though, the lessons from the first two are starkly clear, especially on the need for making roads and other infrastructure permeable to wildlife movement.

Our continental wildways treks (combinations of hiking trails, paddling rivers, and bicycling roads) were largely about ecology; and there’s a whole discipline of road ecology that explains the harmful effects that roads have on species and ecosystems.  What pounds you in the gut, though, as you pedal or walk across or paddle under the back-roads and highways of America, is the terrible death toll and undeniable suffering of countless animals, from butterflies to bears and turtles to turkeys, inflicted by our roads and the motor vehicles they carry.  I was supposed to worry about Lontracanadensis and Ambystomamaculataas species, not mourn the loss of an individual River Otter or Spotted Salamander; but after looking at thousands of miles of the victims of America’s addiction to motorized transit, I could not help but decry the carnage, as well as admit my own part in the killing.

For reasons beyond my meager historic understanding, but in which I am complicit, Americans have chosen a transportation system that is inherently deadly.  You cannot transport people and products long distances at high speeds without killing some of your neighbors.  People assume this is just the cost of doing business, but they seldom stop to think how huge this cost is.  The annual death toll in the US includes tens of millions of squirrels and other rodents, millions of Raccoons and Opossums, a half-million or so White-tail and Mule Deer, smaller but significant numbers of rarer species like Moose and Black and Grizzly Bears, and uncountable billions of butterflies, moths, and other insects.  Tens of thousands of people, too, are hurt or killed each year in collisions with animals on roads.  Do we really want to pay this cost for iceburg lettuce from California and plastic toys from China and the daily trip to the gym to stay fit?

Nor is this tragedy limited to America.  Cars and roads the world over are killing wild and domestic animals in unfathomable numbers.  As one example far yet near, former Wildlands Network board member Kathleen Fitzgerald now works with African conservation groups on wildlife corridors, to reduce the problems of Elephants and Lions other big animals being blocked and killed by roads and cars.  Even in East Africa, where per-capita car ownership is much lower than in the US, roadkill and fragmentation are severe problems.

I believe in the long run we Americans must reform our whole transportation system, and urge other countries to do so, too – recognize that cheap oil will run out, convert to public transit and muscle-powered locomotion, live more locally, burn much less energy.  Sooner or later, rising fuel costs and destabilized climate will force us these directions, if we don’t have the sense to embark on safer softer paths ourselves.  Yet even in the short term, without fundamentally altering our transportation system, we can take many sensible modest steps to reduce the tragedy of roadkill and the fracturing of landscapes.

First, we should all drive less often and more carefully (even if our cars are electric).  Slower speeds save lives, especially at night, when most road-kill of large mammals happens.  Roads with numerous animal crossings ought to have lower night-time speed limits.

Second, signs should be placed near all major wildlife crossings, warning motorists to slow down and stay alert.  Many biologists and naturalists could be beneficially employed figuring out where and when animals are trying to crossroads.

Third, safe wildlife crossings should be installed on all major roads fronted by wildlife habitats.  Wildlife underpasses and overpasses should be carefully placed where animals are naturally trying to move.  Again, many jobs in research and education, plus in the labor of constructing the wildlife tunnels and bridges, can be created.  Our nation’s roads and bridges are falling apart and need reconstruction to withstand the worsening storms of the climate chaos century; so while we’re at it, let’s retrofit them to allow safe animal movement.

Fifth, we should close unneeded back-country roads throughout our country’s public lands. National and state forests, especially, have hundreds of thousands of miles of gravel and dirt roads that do not serve vital domestic or economic interests, fragment habitat, diminish water quality, and are expensive to maintain.  Closing unneeded roads on public lands – East, West, and in between — could save American taxpayers hundreds of millions of dollars a year, save millions of wild animals’ lives, and allow us to begin to weave wildlands back together into continental wildways.

The founders of BeWildReWild have rightly stressed the importance of coexistence, cores, and crossings.  Along with welcoming home our wild neighbors and protecting large core areas in the Loess Hills, Driftless Plain, Ozarks, Great Plains, and beyond, let’s retrofit our built environment so that it allows animals to roam widely.  Let’s end the tragedy of road-kill this decade.