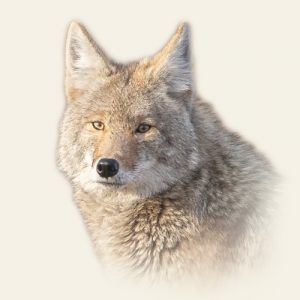 Resilience is perhaps the defining feature of the coyote—the trait that has enabled this highly adaptable and sometimes elusive canid to survive and thrive in diverse ecosystems across North America, from forests and grasslands to suburban enclaves and city parks. Resilience is also the coyote’s most generous gift—the species’ presence supports ecosystem balance and well-being, preserving healthy predator-prey dynamics and keeping populations of rodents, rabbits and meso-carnivores in check. Yet resilience also seems to be the trait that has led to so much suffering for the coyote, thanks to long-standing misperceptions about and unfounded antipathy for these furry phenoms.

Recognizing the need to better educate the public about coyotes, the importance of coexistence with wild carnivores and the plights they face, I founded Project Coyote in 2008. I wanted to help people understand that we have a responsibility to live peacefully alongside the wildlife in our communities, and that both individual animals and populations matter. We have worked with countless individuals, businesses, agricultural operations, communities, and legislative bodies to shape policies and practices that acknowledge the value of native wildlife and shift management from a lethal approach to one that embraces non-lethal techniques and strategies.

Yet there is more to be done, as the persecution of coyotes continues. Approximately half a million coyotes per year—more than one every minute—are killed in the U.S. by the federal government, trappers, wildlife “managers,” and private individuals. Taxpayer dollars are frequently used to fund the use of wildlife poisons, steel-jawed leghold and body-gripping traps, snares, aerial gunning operations, denning (killing pups in their dens) and other costly, unscientific, inhumane and ultimately ineffective campaigns to rid the landscape of native carnivores. These haphazardous killing programs are not only ecologically and fiscally irresponsible, but they also deplete our landscapes of animals that are critical to ecosystem health and biodiversity. Most conflicts with coyotes (and other predators) are the result of human behavior and can be avoided.

I have seen firsthand what can be achieved when communities embrace their wild neighbors and abandon senseless wildlife killing programs. This year, the residents of Marin County, California, celebrate the twenty-second anniversary of the Marin County Livestock and Wildlife Protection Program (MCLWPP), the brainchild of the Marin County Department of Agriculture, along with a diverse stakeholder coalition including local wildlife protection organizations, as well as ranchers, public officials, and scientists. Like many counties in the U.S., Marin had long contracted with the U.S. Department of Agriculture’s Wildlife Services (WS) program, which is notorious for using inhumane, indiscriminate, and unscientific measures to kill animals in the course of its “animal damage control” activities. Hoping to more responsibly coexist with wildlife and manage public resources, the county decided to end its contract with WS—often called “the killing agency”—and find an approach to living with wildlife that would be better for humans, companion animals, livestock, and our wild neighbors.

MCLWPP established a cost-sharing system to help ranchers install fencing and structures to safeguard livestock, set up predator deterrents and detectors, and acquire and care for livestock guardian animals. This community partnership resulted in a decline in livestock losses to predators, a decrease in the number of individual predators and predator species killed, and an increase in the use of and support for non-lethal predation deterrents. According to the Marin County Department of Agriculture, livestock losses among program participants declined by 62 percent following program implementation, and cost savings reached $50,000 during the first several years. Initiated as a pilot project in 2000, after five years of demonstrated efficacy, the county adopted the MCLWPP as a permanent program, and cost-share support for non-lethal predator deterrents has increased in recent years. As an adaptive management program, the MCLWPP has continued to incorporate new predator deterrents—most recently Foxlights, a disruptive stimuli-based solar-activated light that has shown efficacy in deterring an array of predators across the globe from coyotes to wolves to cheetahs and lions. We continue to integrate these innovative models and methods into our Ranching with Wildlife program.

In nearby Mendocino County, Project Coyote co-led a campaign to bring attention to the unnecessary killing of coyotes, bears, mountain lions, and other species by WS. This effort involved litigation, public education and outreach, workshops for ranchers about non-lethal alternatives, and a grassroots campaign urging county supervisors to terminate the county’s contract with WS and replace it with a non-lethal program to mitigate livestock conflicts with humane, ecologically-sound alternatives. We prevailed in this effort in 2021 and continue to work with the county to build an effective program that finally frees Mendocino from an endless and ineffective war on wildlife. As knowledge grows about the successes of places like Marin and Mendocino, we anticipate more and more model communities to make the progressive steps toward peaceful, non-lethal coexistence with wildlife.

I’ve also seen the evolution of public perceptions and attitudes toward wild carnivores through Project Coyote’s work to bring an end to wildlife killing contests. These competitions, which are held across the U.S., are organized events during which participants kill the greatest number, largest, or even youngest of the target species—including bobcats, coyotes, crows, foxes, marmots, mountain lions, prairie dogs, rabbits, raccoons, and even wolves—for money or bragging rights. While proponents justify this blood-sport with outdated ideas about “nuisance” species, these barbaric tournaments are entirely inconsistent with humane, ecologically sound, and science-backed wildlife management methods.

Our reach and impact are growing. Project Coyote co-founded the National Coalition to End Wildlife Killing Contests (now composed of more than 50 state and national animal and wildlife protection organizations), which is working state-by-state to outlaw the events nationwide. Together, we successfully worked to ban wildlife killing competitions in Maryland, Washington, and Colorado in 2020 and 2021; coyote killing contests in Vermont and New Mexico in 2018 and 2019; to prohibit contests targeting furbearing and predatory species in Arizona and Massachusetts in 2019; and to abolish contests for furbearing and nongame animals in California in 2014. Other Coalition accomplishments include working with the New Mexico Commissioner of Public Lands to ban killing contests for unprotected species on nine million acres of state trust lands in 2019; and also working with city and county councils in Arizona, Michigan, Minnesota, New Mexico, Nevada, Pennsylvania, and Wisconsin to pass resolutions condemning the competitions in recent years.

In the coming years, we will tackle these cruel and senseless events state-by-state, just as advocates did with dogfighting and cockfighting. This year, the Coalition will work on state legislation, regulations or regional resolutions in at least five states: Illinois, New Jersey, New York, Nevada, Wisconsin, and Virginia. We continue to raise public awareness about this issue and galvanize grassroots and political action to end this barbarity with screenings of our award-winning films KILLING GAMES ~ Wildlife In the Crosshairs and WILDLIFE KILLING CONTESTS  ~ produced by National Geographic filmmakers in partnership with film-production company Comfort Theory.

As with the livestock producers in Marin County, non-traditional allies are stepping up. Hunters who abide by traditional hunting ethics object to killing contests as a violation of fair chase and conservation principles. They joined wildlife advocates and scientists in opposing these senseless slaughters.

These milestones underscore that coexistence with wildlife is increasingly integrated into Americans’ collective moral code—that native carnivores and other wild species are not simply ours to kill or to erase from our shared landscape.

Many Native American tribes revered and honored coyotes for their intelligence, adaptability, and resilience – calling them Trickster, Ancestor, and Creator in their myth and lore. I am hopeful that more communities will come to celebrate these attributes of North America’s native Song Dog, and to appreciate the many ways in which these beautiful animals—as a species and as individuals—enrich our landscapes and our lives. At a time of rapid ecological and social change, we can learn much from them about compassionate coexistence if we are willing to let go of outdated misconceptions and stop, look, and listen. 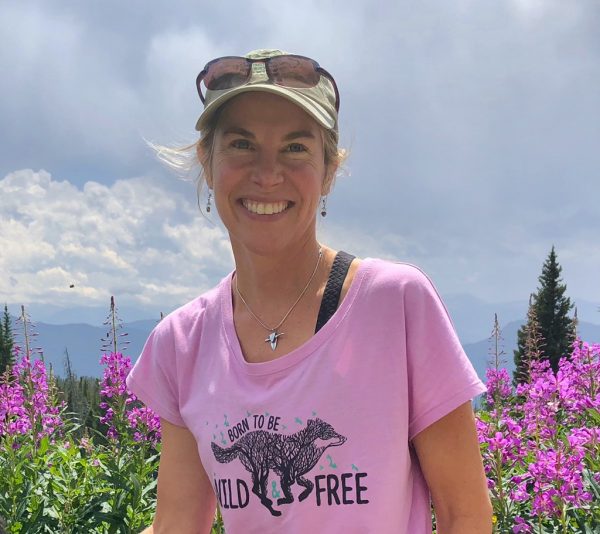 Camilla Fox is the Founder and Executive Director of Project Coyote, a national nonprofit organization that promotes compassionate conservation and coexistence between people and wildlife through education, science, and advocacy. Her conservation nonprofit leadership roles, publications, award-winning documentary films, and trailblazing animal protection victories underscore her perseverance in and commitment to protecting wildlife. You can read more about Camilla and her work on behalf of animals here.